Best Bipod – What The Pros Use

This post reviews the bipods the best precision rifle shooters are using. This data is based on a survey of the top 50 shooters in the 2014 Precision Rifle Series (PRS). The PRS tracks how top competitors place in major rifle matches across the country. These are the major leagues of sniper-style competitions, with targets typically in the 300-1000 yard range. For more info on the Precision Rifle Series and who these guys are, or to view the data for other pieces of gear scroll to the bottom of this article.

Although we’ve been surveying the top shooters in the PRS for a couple years, this is the first year we asked them what bipod they use. Here’s what they said:

Over 75% of the shooters were using a Harris Bipod, with the overwhelming majority of those being the Harris S-BRM 6-9” Notched Bipod (HBRMS). The official product name according to Harris is HBRMS. While that may seem cryptic, the diargram below breaks down what the letters mean and lets you see the features on the Harris S-BRM bipod compared to the standard Harris HBR model. The Harris HBRMS is their shortest bipod with legs that extend 6 to 9 inches, and Harris refers to it as their “benchrest” model. PRS matches are clearly not shot from a bench, but many shots are taken from prone positions and the height range of this bipod is ideal for most prone scenarios.

The M in the model name indicates the bipod has notched legs. The notches provide a few preset height reference points to make it easier to adjust both legs to the same height. Virtually all of the top 50 shooters were using a bipod with these notched legs.

The S in the model name indicates the bipod can swivel, which allows you to tilt the rifle from side to side. This makes it easy to get the rifle perfectly level on uneven terrain without fiddling with the leg heights. Even a small amount of rifle cant can result in a miss at long-range, and this feature can help a shooter effectively manage that. While most guys were running the 6-9 inch HBRMS model, there were a couple guys running the medium height Harris HBLMS model, which Harris advertises to have legs that extend 9 to 13 inches. In my measurements, it looks like the Harris HBLMS measures closer to 8 to 12 inches.

There was also one shooter in the top 50, Matt Gervais, who ran a custom Harris bipod he modified to extend from 7 to 12 inches. I have to admit, I was intrigued by the idea because it sounds like the ideal range. So I followed up with Matt and he graciously provided more detail with permission to share with fellow shooters. He found that when he used the 6-9” bipod, he never used the lowest setting, and when he used the 9-13” bipod, he never used the highest setting. Sounds familiar! As an auto mechanic by trade and tinkerer by heart, Matt’s curiosity drove him to sit down one day and take apart both bipods to compare them. After a little time, machining, and troubleshooting … viola! The ideal 7-12” Harris bipod was born. It was primarily derived from a modified 9-13” model, but there were a few donor parts taken from a Harris 6-9” bipod. Here’s a comparison of the custom Harris 7-12” bipod with a standard Harris 6-9” bipod. Note: Springs were removed from the 6-9″ bipod, and used on the 7-12″. Virtually all of the shooters had added an after-market swivel lock to their Harris bipod (only applicable to the S series). These allow you to quickly adjust the amount of tension it takes to tilt the bipod side-to-side. The stock Harris swivel models have a fixed amount of tension that isn’t adjustable in the field, but these aftermarket levers and knobs allow you to reach up and torque down the swivel with one hand from behind the rifle. There are a few products out there that do this, such as the KMW Pod-Loc Kit, Alpha-Bravo Bipod Lock, and recently Harris introduced their own Harris lever. (Why not offer a model with the lever preinstalled?!) These handles are easy to install (watch video), and make it easier to operate the bipod swivel and ensure your rifle is cant-free before sending a round down range.

LaRue also makes an improved version of the Harris bipod. They integrated their popular, low-profile, quick-detach, picatinny mount. LaRue explains: “We have replaced the Harris OEM stud attachment base with a custom chassis … ruling-out the risk of the stud screw and grabber becoming loose. By doing so, we were able to lower the profile by roughly .25″. A large knob on the rear provides easy leverage when adjusting swivel tension.” Note: The LaRue bipod in the photo has spikes installed. That is not part of the LaRue improved package. Those are JEC JPEGs Harris Bipod Spikes made by JEC Customs that I installed myself later. They help ensure you’re dug in and able to consistently load your bipod on any surface (sand, mud, stone, concrete, gravel, dining room table, car hood, etc.).

The second most popular bipod was the Accu-Shot Atlas Bipod. 11 of shooters who placed in the top 50 were running an Atlas bipod.

While most are familiar with a standard bipod like the Harris, the Atlas bipod is very different. The popular standard height PSR Atlas Bipod includes a lot of unique features that aren’t available on other bipods. Here’s a few of the notable features: Since the Atlas bipod only introduced in 2010, you might not expect it to have the accessories that the community has developed around the well-established Harris bipod … like the LaRue quick detach mount, or the variety of aftermarket feet and spikes. But, B&T Industries, makers of the Atlas, seems to have thought this through as well, and they offer a wide selection. It includes adapters to connect the Atlas bipod to just about any rifle, and accessories to adapt it to any terrain or scenario. Here’s just a few of the accessories offered for the Atlas: The quick-change feet and leg extensions can be “easily installed with the press of a stainless steel plunger,” according to the manufacturer. Having personally installed spikes on a Harris bipod … I can say almost anything would be easier. Having the ability to easily extend the legs by 3 inches seems to allow you to use one bipod for many scenarios, especially with the huge range of height adjustability the Atlas bipod already offers.

One of the attractive features of the Atlas bipod is the option for multiple leg positions (45 and 90 degrees), but could be a downside to that flexibility. The added adjustability can potentially make the bipod slower to deploy and get in position. At least during competitions, seconds count, and it’d be near impossible to top the quick and simple Harris deployment.

There are certainly other bipods out there, like the Versa-Pod bipod, the Long-Range Accuracy bipod, and the new Accu-Tac bipod … but none of those were represented among these top precision riflemen. It was a short list, with just two brands … but some of the most solid gear you can find.

The PRS is a championship style point series race based on the best precision rifle matches nationwide. PRS matches are recognized as the major league of sniper-style rifle matches. At the end of each year, the scores from around 15 different national matches are evaluated and the top shooters are invited to compete head to head in the PRS Season Championship Match. We surveyed the shooters who qualified for the finale, asking all kinds of questions about the equipment they ran that season. This is a great set of data, because 50+ shooters is a significant sample size, and this particular group are also considered experts among experts. It includes guys like George Gardner (President/Senior Rifle Builder of GA Precision), Francis Kuehl, Wade Stuteville, the GAP Team, the Surgeon Rifles Team, shooters from the US Army Marksmenship Unit, and many other world-class shooters. Thanks to Rich Emmons for allowing me to share this info. To find out more about the PRS, check out What Is The Precision Rifle Series?

Enjoy this type of data-driven information? That’s what this website is all about. Sign-up to receive new posts via email.
© Copyright 2023 PrecisionRifleBlog.com, All Rights Reserved.
Atlas Bipod Harris Bipod HBLMS HBRMS PRS What The Pros Use 2015-01-05
Cal
Share

Cal Zant is the shooter/author behind PrecisionRifleBlog.com. Cal is a life-long learner, and loves to help others get into this sport he's so passionate about. His engineering background, unique data-driven approach, and ability to present technical and complex information in a unbiased and straight-forward fashion has quickly caught the attention of the industry. For more info on Cal, check out PrecisionRifleBlog.com/About.
Previous Best Shooting Bags – What The Pros Use
Next Rifle Sling – What The Pros Use 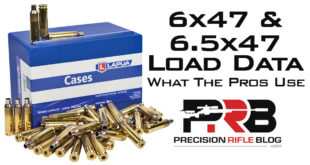